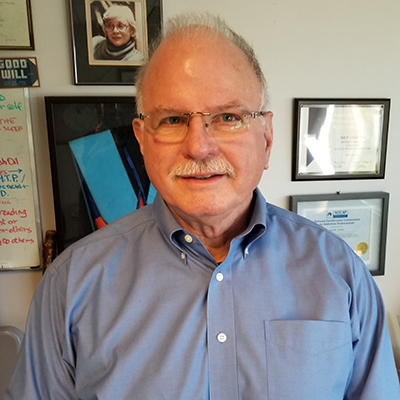 Are you accepting new patients: Yes

Are you offering telehealth services: Yes, please click on https://doxy.me/drjacklitman to check in for your appointment.

Are you accepting new patients: Yes

Are you offering telehealth services: Yes, please click on https://doxy.me/drjacklitman to check in for your appointment.

I received my doctorate from the University of Missouri at Kansas City in 1979.  Before that, I unknowingly started my “on the job training” by working with youngsters in the Kansas City Parks and Recreation program for six summers, from the time I was a high school senior through college where I received a Bachelor’s degree in Biology and Physiology.  After obtaining my Masters degree in counseling, I worked as a counselor in the Jackson County, Missouri Juvenile Justice Center in Kansas City before becoming a psychiatric medic with the US Army.  I also worked at a large urban community college for nine years where I counseled students and taught general psychology.  While in the doctoral program, I also taught several masters’ degree courses.

After I received the doctorate, I began my post-doctoral internship working with a noted forensic psychiatrist in Santa Fe, New Mexico.  I continued this internship as a staff psychologist at the Penitentiary of New Mexico where I eventually became Chief of Mental Health Services.  Four years later I came to the Pacific Northwest and began work as a psychologist at an inpatient addiction treatment center while joining a group psychology practice.  This practice involves psychotherapy with adolescents to adults and psychological evaluations and forensic psychology.

I now have over forty years of experience in a number of areas of counseling and psychology.  I have expertise in planning and management of mental health delivery systems, diagnostic evaluations, and expert witness testimony.  I have been a presenter at a number of workshops and television programs in Missouri, New Mexico, Oregon, and Washington that have dealt with topics such as communication systems, bereavement, adoption, attachment, alcoholism, and the treatment of the mentally ill offender.  I also have training and expertise in the treatment of minority populations.

In 1991 I received levels I and II training (four days) in the application of Eye Movement Desensitization Reprocessing (EMDR).  This procedure seems to utilize the facilitation of rapid eye movement to metabolize or eliminate emotional trauma from both historical and present day traumatic experiences.  This has now become an important part of my therapy approach when working with individuals who want relief from their exposure to traumatic incidents.

In 1996 I received a proficiency certification in the Treatment of Alcohol and other Psychoactive Substance Use disorders from the American Psychological Association’s College of Professional Psychology.  This certification is now called the Natural Certification Commission for Addiction Professionals.

In 2007 I became certified as proficient in the application of Microcurrent Electrical Therapy and Cranial Electrotherapy Stimulation.  I use this training as an adjunctive application in the treatment of depression, anxiety, sleep disturbance, executive function issues, and for pain management.

My theory or frame of reference involves Gestalt, Transactional Analysis, cognitive behavioral and developmental constructs.  I am also knowledgeable of the “twelve-step” program for personal recovery of addicts, alcoholics, adult-children, and co-dependents.

I treat patients 15 years and older.

Email: please use our contact form to reach our office manager.

If you would like to pay your bill, please click the button at the top of this page. Make sure to specify the name of the patient you are paying for.